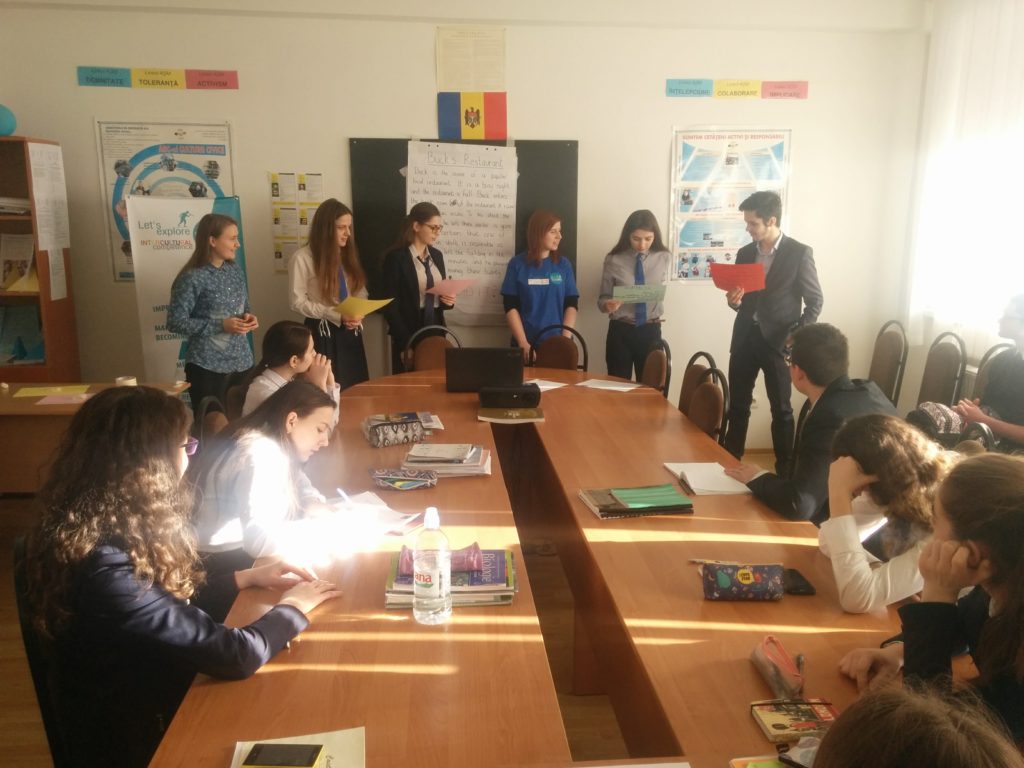 On 25th November 2016, Laura and Victoria gave a Youth Club lesson for Moldovan ten-graders aged 15 or 16. The main topic of this meeting was identity. Though every person has one, it is important to reflect on it from time to time and to realize the importance of being open towards different people and societies. Undertanding, that we have sometimes more in common than we might think at first glance but also respecting differences is essential.

To achieve this goal, the participants reflected and discussed about the Iceberg theory: Whereas only a tiny part of our identity is visible (=outer identity), the significant part (=inner identity) lies underneath. Becoming aware of this fact, enables the participants to judge less on the base of a first and rather superficial impression. 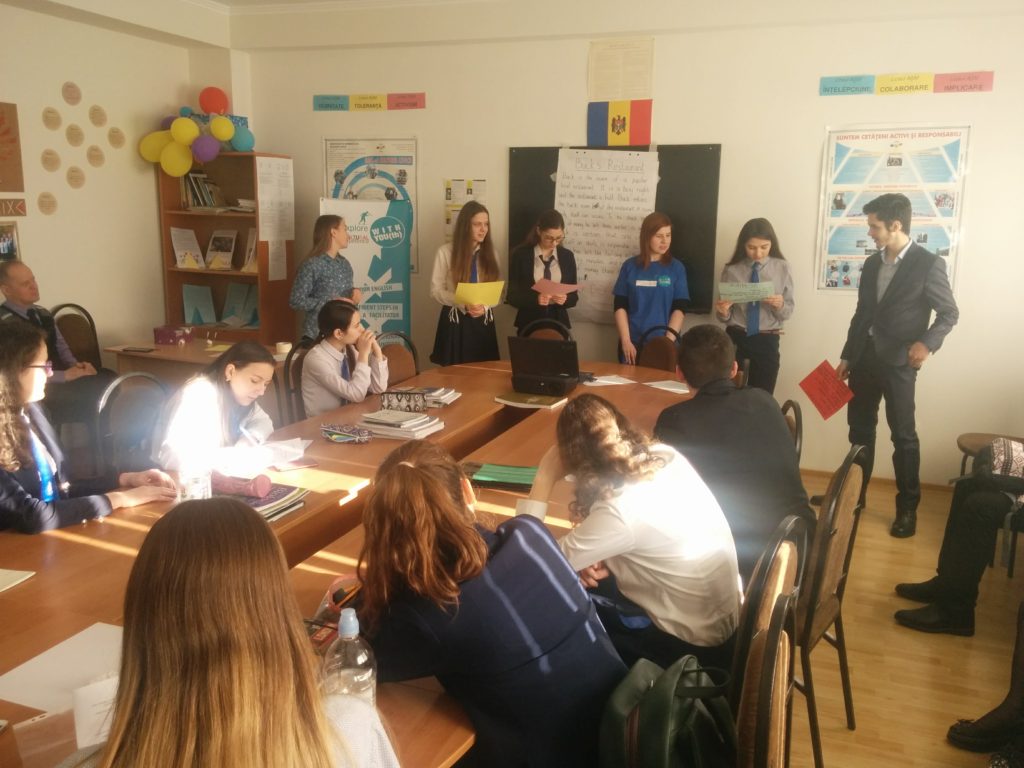 To emphasize this learning outcome, they were invited to write down a random fact about themselves the others don’t know. Afterwards the facts were read out loud to the group who had to gues whom the fact was about. Often the participants weren’t able to answer this question since it’s impossible to know everything about a person and their personality just by looking at them or by interacting with them in a specific role. A further discussion led to the conclusion that it’s crucial to encounter other people open-minded and to appreciate both, differences and similarities to shape a more tolerant society.