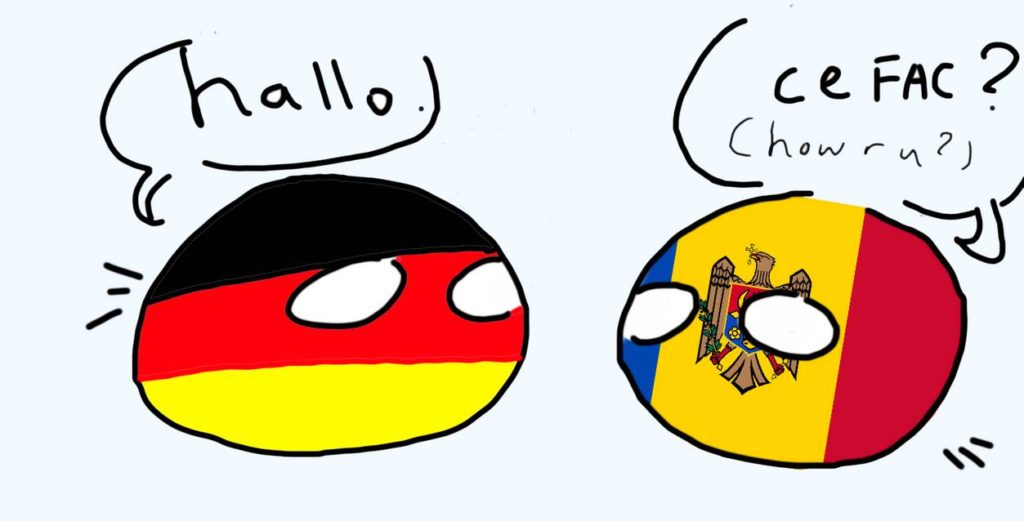 Some thoughts of our German volunteers about the similarities and differences they have observed during their EVS projects.

Moldova is, in many ways, a very European country that shares many traits and preferences
with countries like Germany: a love for wine and beer, stunning historic architecture and a
tendency to sometimes scare away strangers with notorious harshness. But of course there are
differences in culture and manner as well, some which can make life in Moldova
uncomfortable at first, others which make it a lot more enjoyable.

As Germans, (feeding the stereotype), a notable difference is time management. Moldovans
are spontaneous. Everything, including work, is spontaneous. This means you need to build
up your flexibility to be able to keep up. Our office opens at 9am, yet we were told right away
that starting the day at 10am was normal. So on our first day we showed up at 10am and still
surprised our supervisor with our punctuality. At other times, we would talk about having a
meeting later in the day, which would then take place after one week. We would sometimes
be given a task to complete over the next weeks, sometimes within the next couple of hours.
The Moldovan spontaneity may take some time to get used to, but it’s also a good habit to
take from: accept things as they come, be flexible and adapt. In return, it is no problem if you
show up a little late to work yourself or if you take a day off when there is not much to do.

Both in Germany and Moldova, people tend to be closed off in certain social situations. In
Moldova, for example, the cashier might not always greet you or wish you a good day
(though that is not unlike Germans, especially in the North). Where in Germany, meeting
someone in the hallway, elevator or outside will likely lead to a classic closed-lipped smile,
small nod – interaction, a Moldovan person is more likely to not give you a reaction at all. In
Germany, we are trained quite incessantly on phrases of civility: you say please and thank
you, you acknowledge people you meet, most social interactions among strangers are quite
proper. Most Moldovans don’t necessarily bother with that. Once in the supermarket, a
cashier greeted me and I, not expecting to be greeted, assumed she was asking if I wanted a
plastic bag and thus said “no” – a mood, but also a little awkward.

Yet once you get to know Moldovans, or you spark their interest, they radically change their
manner towards you. Most Moldovans are very curious about foreigners: when they notice
that you are not from Moldova, they will be incredibly friendly and make all efforts to speak
with you. They are often very hospitable and might persist to offer you alcohol until you
agree to share a drink with them. They will eagerly speak about their travels or the people
they know who have been to your home country. I’ve often had people practice their German
with me, even if they knew only one or two sentences. Their interest in your culture and
language is very genuine, in a way I have not experienced before.

Another difference is in gender roles: Even though many women work, you do not see a lot of
fathers taking care of children. Many women, especially younger ones, take meticulous care
of themselves, from their hair and make-up to the way they dress. International Women’s Day
is an event that is publically celebrated: we were given flowers from the men in our office and
ended the workday with pizza and sparkling wine. The LGBTQ+ community is
underrepresented in public life and yet the community itself, while it is more underground, is
very tight-knit. In Chisinau, there are a lot of events promoting LGBTQ+ rights, for example
the Queer International Film Festival or a series of art exhibitions, film screenings and flee
markets during Coming Out Week. A lot of queer Moldovans are making efforts to both show
and ensure that you do not have to leave Moldova to be yourself. GENDERDOC-M, an
organisation dedicated to promoting LGBTQ+ rights in Moldova, does exceptional work in
that regard. Check out their Instagram @centrul-gdm to get an idea of everything they do!!

Germans, too, have their rules about public disturbance and noise levels during specific times
of day and night, but Moldovans seem to be particularly concerned about nighttime peace.
You are generally expected to be quieter in your flat during the night. After 11pm, you should
avoid making noise, such as listening to music or loud talking.

The taste of food is very different. Moldovan traditional cuisine is very good, but above all,
the fruits and vegetables are simply superior to the ones you buy in Germany. I never knew
cucumbers actually had a taste. Red peppers don’t just taste like sour water. Many similar
revelations occurred. People will tell you that being vegan in Moldova is hard, but really,
you’re living every vegan’s dream. And if you eat a lot of vegetables, you will save money
because everything is cheap! 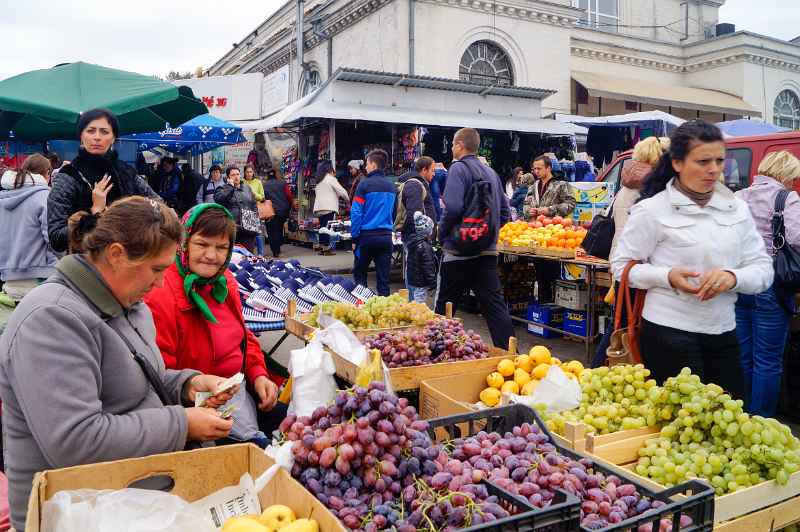 It is also very common to buy much bigger quantities at the market, as people do not go there
too often and the fruits and vegetables usually stay fresh much longer than in Germany. When
I wanted to buy 5 tomatoes the first time I went to the central market, the lady thought I
wanted 5 kg (which would not have been uncommon). So get used to buy two or three kilos
of fruits and vegetables at once.

Lastly, Moldovans, like Germans, love to drink. But a difference to keep in mind is that
drinking in public is not common and often forbidden. (Kein Wegbier! ). You cannot buy
alcohol after 10pm, except for wine (which is sometimes not really considered alcohol). This
is common law in many countries, but not in Germany, where often you send people out at
night to get more drinks for a party when the planning did not work out. But not in Moldova!
Thinking ahead is required!

These are only a few of the differences we noted when comparing Moldova and Germany.
While there are aspects in which Moldova and Germany differ quite notably, and it may take
time to get used to these when first arriving in Moldova, you will notice soon that it is, after
all, still Europe and not all that different from your native country. Hang in there and sooner
than you think, Moldova will just feel like another home.