So let me introduce myself, I am Victoria Anghel, born and raised in the Republic of Moldova, I am a person who strives for art and the beauty in the world, but also ways to improve and help others. And this is how I came along this awesome project, “Vukovar Summer Vibes”. As for myself, I am a student at the department of Fine Arts & Design, at the Pedagogical State University of Ion Creanga in Chisinau, I love to create, and I love to share my knowledge with the world. 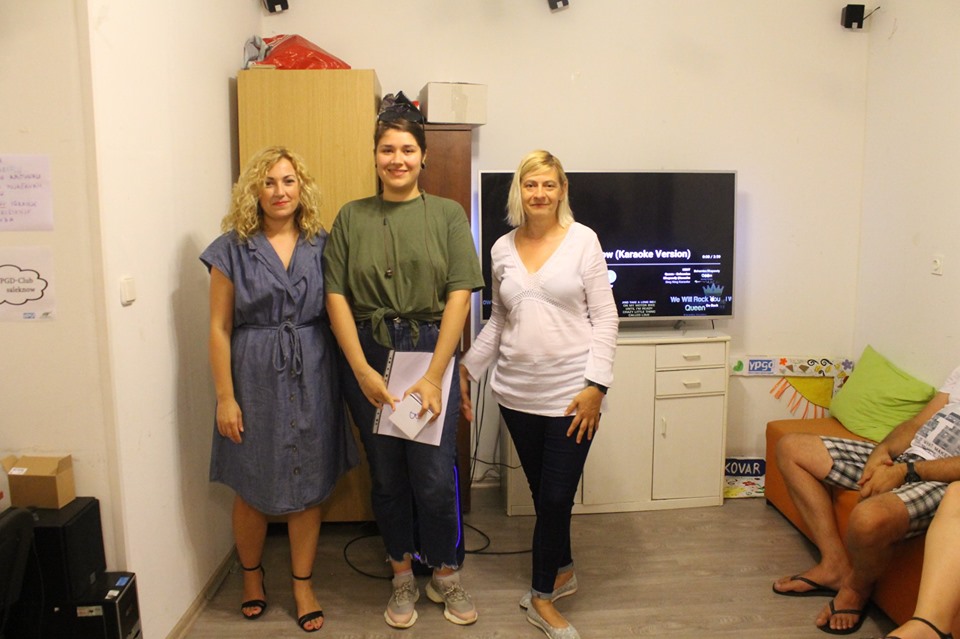 “VUKOVAR SUMMER VIBES”
The project that changed my life

This article is the apex of my experience from the past two months, that I got to spend in the amazing city of Vukovar, from the very first steps to the last ones, ups and downs, from what I knew and have been doing to things that I learned and experienced for the first time. Past month and a half, flew away in a blink of an eye. It was an unbelievable experience for me and totally new one as well. I met so many people from around the world, made so many local friends that I will miss so much, but that gives me more reasons to visit Vukovar again! For its people, for its beauty, kindness and so much more. But that wasn’t the main goal of this project, what was really important to me is to meet the requirements and do a lot more than I ever would. I wanted to help people from different backgrounds, to see the world from the other side of the coin, as well as help children and youth. We spend days creating a schedule where every volunteer could get involved from Educational workshops that included: singing, learning of English and Spanish languages, playing drums and other instruments, to Arts and Crafts workshops, part of which I was myself, by hosting a workshop dedicated to “Mixed Art Techniques”. I would not forget the IT camp week, that one week
gathered an amazing amount of participants, it was nice to see that the children and youth enjoyed that time and some of them even came back for other workshops. As of my personal growth, besides becoming more open as a person, I got an
opportunity to work as a part of the PR team, and for 2 weeks even as a lead PR, where I did work related to graphic design, such as making flyers, posters, schedules, but also working on YPGDs social media, from taking pictures with a camera to editing, and posting them, creating events and banners for them, writing articles on the “http://ypgd.org/index.php/en/”. 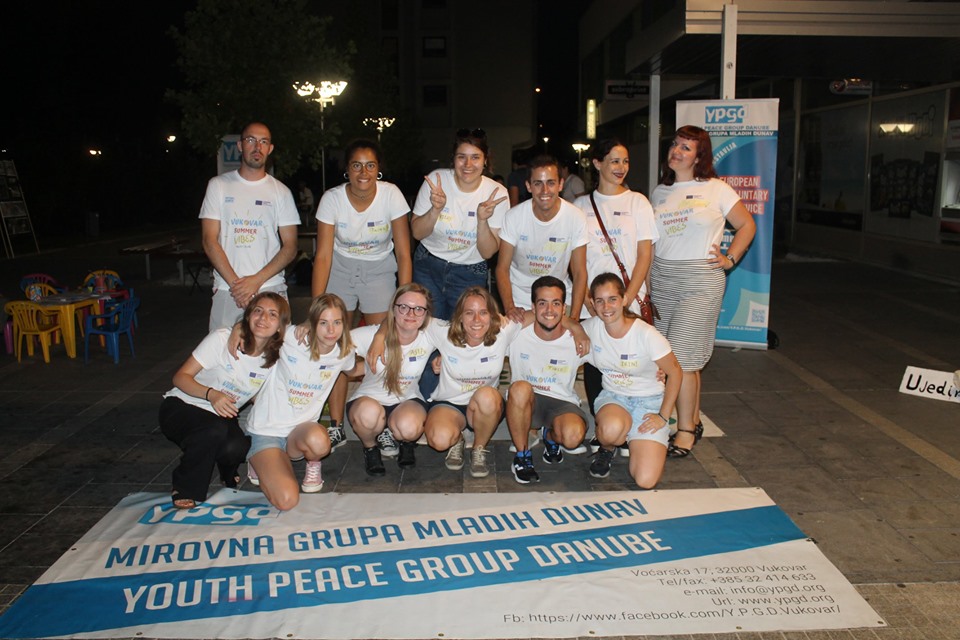 I will never forget the first time when I went to Vukovars’ Ada island. An unbelievable piece of land, with sandy beaches, beautiful sun shining into my eyes. It was the island where we spent most of our sunny afternoons playing with children, swimming in the cold water of the river, where sport activities and not only, like football, volleyball, frisbee, face painting, balloon making took place. First August week marked itself in my calendar, with the meeting of the of the Mayor of Vukovar, in which we had a press conference were we spoke about what we achieved during the previous month, and what impact it had on people of Vukovar, we gave interviews to the local press, answered questions as “What made you pick this city” or “Do you think it is an important/ useful program for young people” and “What was your experience during your stay in vukovar”. 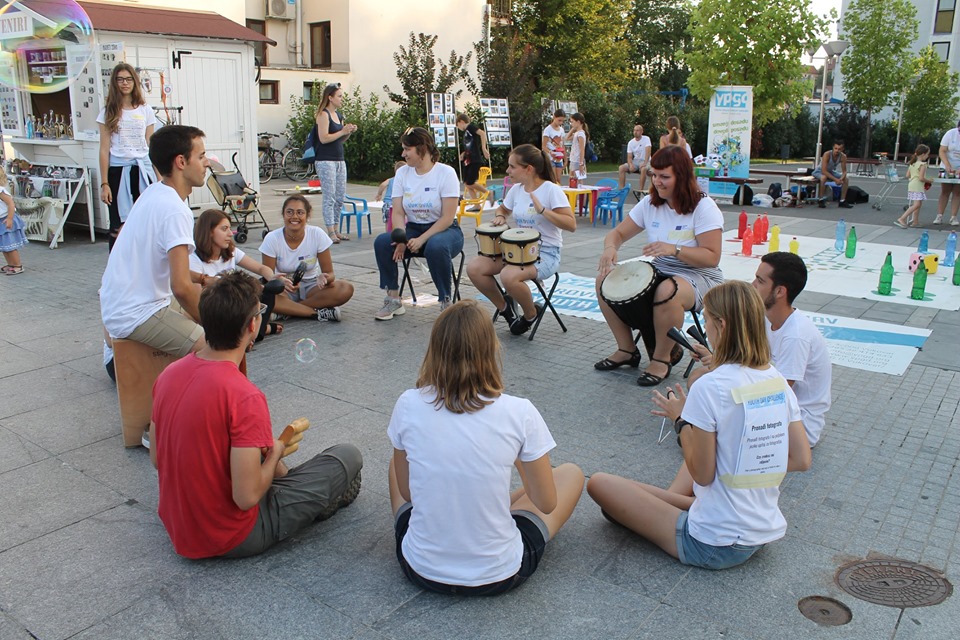 Second week of August started with the preparation for the International Youth Day, followed by the 2 day event itself. During those 2 days I helped in the PR office as well as preparing my “Painting Spot” that I had on the Youth Day, where every child could take part in. But the main Youth Day wasn’t only for children, it was about the importance of European Union in Croatia, about the opportunities in education, jobs, social opportunities and so much more. It was about informing mainly. But it had its fun parts too, our team of volunteers came up with a plan to create a challenge, which would make youth get involved as well, they had to compete by completing “quizzes” and quests. I also was part in a drum circle, that took place in the main city square of Vukovar, it created great vibes of music that was inviting everyone walking by to join us. Other all it was a great experience, and I hope that everyone who was involved could agree, as there was a good amount of positive feedback coming from local
people. 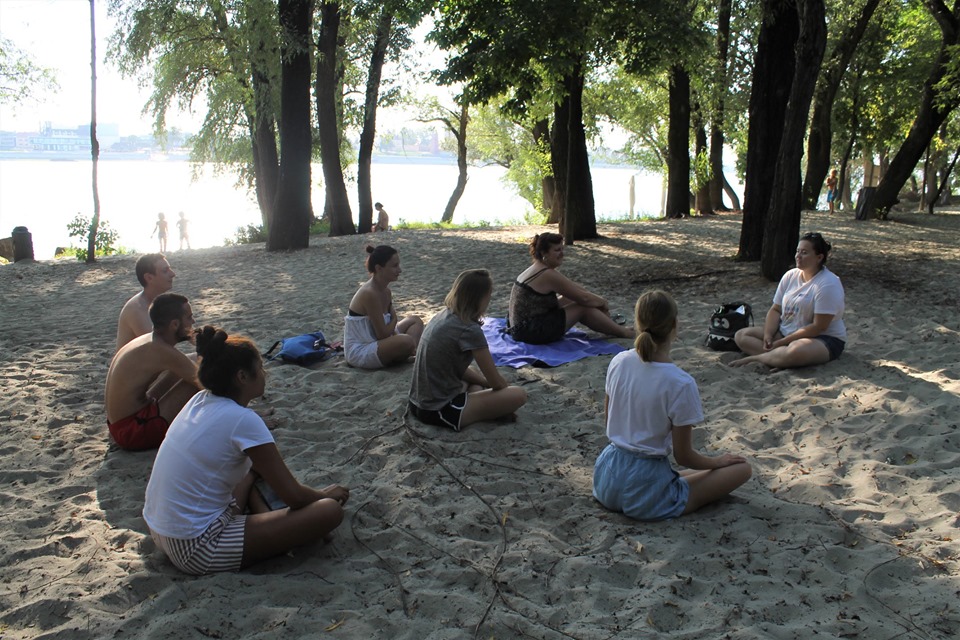 My personal goal for this project was, to become more open and outgoing, or as my coordinator says “Be nice, Be on time, Do good”, I indeed became more confident in myself, I became more sociable, and outgoing, I gained the initiative that I didn’t have before, learned what it is to be a leader and how to lead, and all that thanks to the opportunity given to me by the sending organization “ADVIT, Europa fară frontiere”, and to the hosting organization “Y.P.G.D.”, or “Youth Peace Group Danube”. I never imagined myself, going as far and having such a great chance to see another country. It may sound strange, for a short term
project volunteer to say that Vukovar and Croatia itself, became my second home, there was never a day when I was walking outside thinking that its a place that I don’t belong to, and so I even started saying that I am home without noticing. All thanks to the group of volunteers I’m surrounded by, kind and outgoing people, ready to help you with anything, it be a shoulder to cry on or a person to go out for a run. I can surely say that when I will be leaving, there’s going to be tears in my eyes, hoping that I will get to spend another summer with these amazing people, in the amazing city of Vukovar! 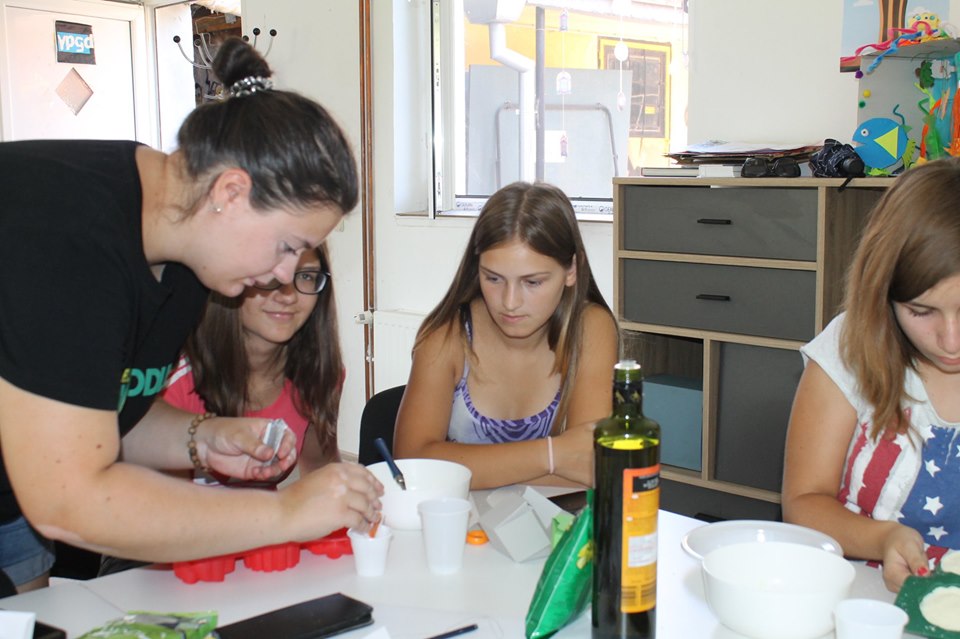